Francis Augusto is a London-based photographer whose work shines a light on the extraordinary moments of everyday life.

Photographer Francis Augusto takes a deep breath, savouring the memory: “ I was 17 and a friend of mine was doing a photography course at college, when he asked me and a few friends to model for one of his projects”. His face lights up, teeth flashing. “We did it and it was weird! I enjoyed watching him take photos of us more than performing for the camera. And I was just like, this is really interesting..!”

A few weeks later, Augusto convinced his mother and great uncle to buy him his first camera. He's been taking pictures ever since.

Long before that photoshoot, Augusto had an appreciation for the visual: “I have always been enthralled, immersed and engaged [by] anything visually interesting. So, from stained glass windows to architecture, to the way the shadow bounces off different parts of a building - the way light works - I've always been interested in those things from a very young age.”

Born in Angola, Augusto arrived in London at the age of six as a refugee fleeing civil war. Plunged into unfamiliar surroundings and unable to speak the language, he turned to observation as a means of making sense of his new world: “All I could do was watch and observe and that's it. And for a long time that's all I did. I really enjoyed just sitting on the corner and just watching people. [I think that's why] photography comes so natural to me.”

Augusto believes these formative years shaped his character as well as his creativity. “I rarely feel scared,” he explains. “If something starts to pop off at an event or with an artist or a person I'm photographing, or an agency, or a client, [I just think] things happened to me that are worse than you telling me that this work is shit, or that you don't like me. So, that level of scrutiny that you deal with living in the parts of London I grew up in means your skin is too strong to be hurt by people's words. As a creative, it's probably one of the best things about growing up in London.”

Things have happened to me that are worse than you telling me that this work is shit, or that you don't like me.

He credits his mother and a youth worker for keeping him on track. In his words, “[At 13] I met a youth worker who just changed my whole life. He was like, ‘what are you going to do next?’ And then he reminded me; ‘you can do so much more than you think you can’.”

This mindset saw him complete a sociology degree before taking a part-time job as a youth worker himself, so he could spend his free time honing his craft. Initially, he struggled for balance and direction but identifies a chance meeting with a South American videographer as the turning point in his creative journey - “the moment the choice was made for me.”

She explained to him: “There'll be multiple times where [your craft] just works. And there will also be a lot of times when it doesn't work at all. But the passion and that desire, should always supersede this other stuff because it's always going to be there.” Augusto recalls, “I've never been as hooked and as energized after a meeting… and I just remember leaving and wanting to do photography full time and [soon after] I handed in my notice.”

There'll be times where your craft just works and times when it doesn't. But the passion and desire, should always supersede…

From that day forward, Augusto leapt headfirst into his craft. He balanced events photography with personal projects such as, ‘Londoner Stories’ - his work inspired by the famous series, ‘Humans of New York’: “I just walked around for about a year and a half, just talking to random people and having conversations with them about stuff. And it was awesome.”

Listening to him speak about his work and that of his favourite photographer, Vivian Maier, it is easy to imagine the six year old Augusto, sitting on the corner, watching the world go by: “I just loved the simplicity of her watching people and how the photos are always just humans being humans. And even [with] her self portraits, there was a level of like, ‘Oh, this is just me’. Instead of ‘this is me performing for a camera.’” 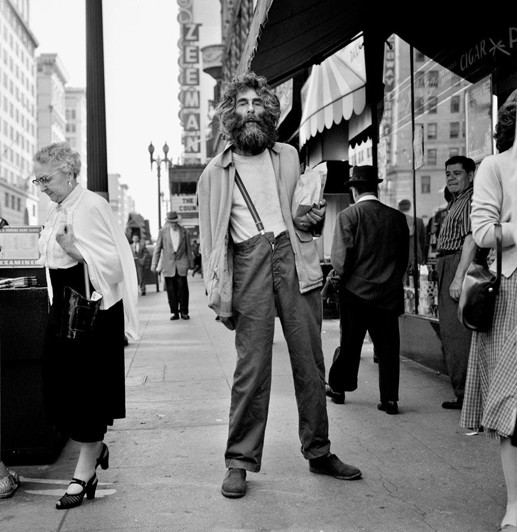 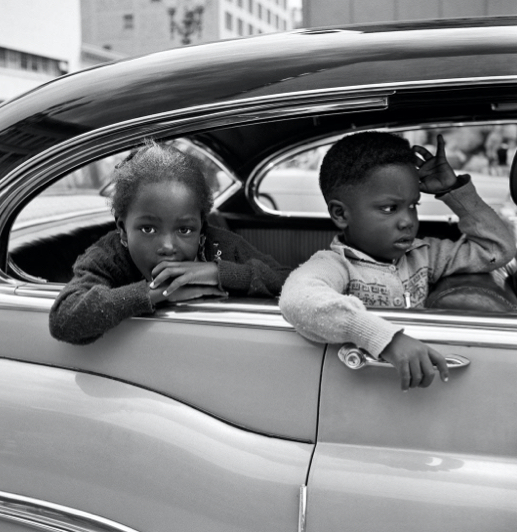 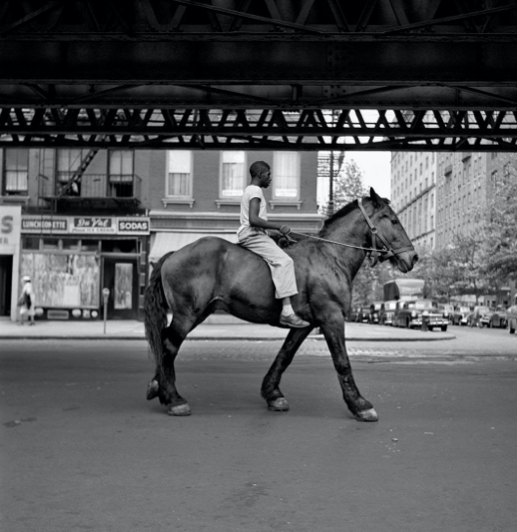 Augusto’s evolution as an artist is driven by conscious self-improvement. He describes his process as “a cycle of ‘What am I learning? How am I applying it?’” It is a mindset which paid off when he signed with an agency, but also one which has helped him deal with setbacks: “For like two, three months, I was in a negative space when I got signed, because I assumed that I should be able to get these jobs and I'm not. And it took me until probably the start of this year to get out of that slump, mentally.” Reflecting on that difficult time, Augusto says matter-of-factly, “You can never be too precious about these things and whenever a blessing or something negative happens, it's just about how you adapt. It's... what you do next.”

This balance of hard work and reflection helped Augusto land one of his favorite projects, with Google for Small Business. This role was special, “not just because it was the first big job I did, but because it was about presenting diverse people in the workplace. It meant a lot to me that I could be a photographer that prides himself on wanting there to be a level of diversity in the work that I produce and the clients that I work with.”

Alongside the challenges of his childhood, Augusto attributes his mentality to morning meditation and a zest for learning - he loves The British Journal of Photography and HUCK magazine. It also comes from his embrace of Stoicism - in the philosophical sense, the development of self control to overcome destructive emotions and achieve clarity and calmness. He quotes Seneca - “It does not matter what you bear, but how you bear it” - returning to the importance of objectivity and adaptation to whatever challenges life brings. This perspective helps him reflect on his work and ask questions such as, “do I continue taking photos if I feel like I've taken all the photos I want to take?” It also enables him to accept his work and give it space to grow in its own time. In his words: “If a project isn't working, I have no qualms with just saying, ‘Okay, I'll put this to the side’. And if I feel like coming back to it, I'll come back to it. There isn't a ridiculous amount of emotional connection with every single piece or project.” Although, his passion projects are different: “my personal work is about documenting humanity as I see it and I can’t discard myself and my emotions from these”.

Speaking directly to young photographers, Augusto offers this advice: “As a creator, you have to always take photos, even when you don't want to, especially when you start.” He explains the value of authenticity and kindness to others, as well as caring for oneself: “Remember to forgive yourself when you're not getting to the place that you want to get to. Always ask for help and always ask questions.” Ultimately, however, his recipe for success is straightforward: “Just do the work. Whether you're doing five hours in events or 10 hours doing architecture, don't worry about where it's going to go. Just take those photos. The reality is, the more you do something the better you become at it. And it's that simple, and we forget that.”

Thank you, Francis Augusto, for the perfect reminder.

You Have To Keep Climbing

Keep up to date with our latest stories